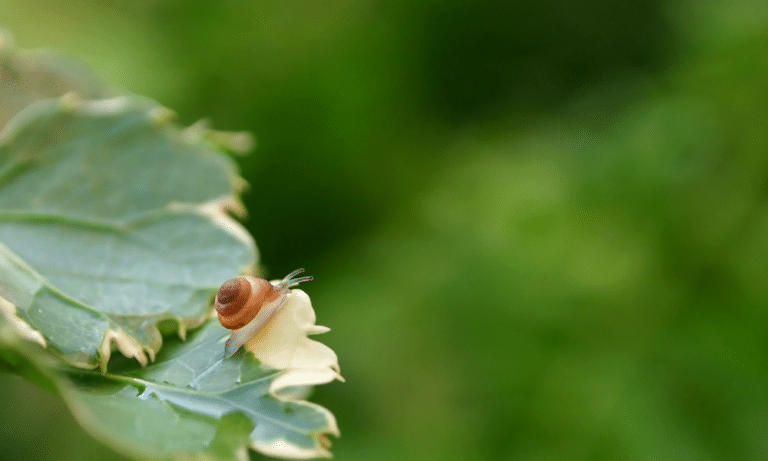 One of the most common pests you will encounter in your garden is snails. But they do appear to come out of nowhere. So how do snails reproduce exactly? Do they lay eggs? And do they mate?

All animals, including snails, require two cells to reproduce: An egg and sperm cells. Snails are hermaphrodites, however, and have both eggs and sperm inside them.

A snail can be male or female during the mating process. In some cases, if the sperm cells are already grown, they can fertilize the eggs inside the snail without the help of another.

How Do Snails Mate?

The first thing you should learn is that snails are hermaphrodites. These animals have both male and female reproductive organs and can mate with anyone they wish. One of the reasons why the snail population increases are because of them.

While this may make it sound easy to you, the mating ritual is quite complicated.

When the mating season arrives, snails use their sense of smell to find another snail in their vicinity. They do this through the two tentacles they have.

Simultaneously, snails will use their lower tentacles to tap the ground and have a taste. By doing so, snails are looking for slime left by another. Snails will follow the slime trail until they find the snail.

When the snails meet, they do not begin to mate right away. Snails will smell and taste one another, which can go on for a long period of time.

After a while, one of the snails will shoot a love dart into the other. These love darts are made from chitin, are sharp and small in size, and are stored in an internal dart sac until they are ready to pick out a mate.

The love dart is fired before any mating begins and can be fired by either of the two snails involved. It is essentially a way for one snail to confirm to another that they’re ready to mate.

After this, the actual copulation process begins.

Like humans and other mammals, the sperm needs to find the egg and fertilize it. The copulation is different based on the species of snails and their encounter.

Sometimes, one snail injects sperm into another using its penis. On the other hand, two snails can inject sperm into each other, so fertilization takes place at both ends.

Some species of snails do not require a partner and can fertilize themselves without any help. The mating process can last for many hours, usually because most of it is spent on courtship.

How Does a Snail Give Birth?

A snail has its reproductive organs at the bottom of its body but closer to the front to enable it to mate easily. When the mating ritual ends, snails will fertilize eggs (either in 1 of the snails or both of them).

The fertilized snail will then be able to deliver eggs. One snail can carry 100 eggs at one time in its body.

After fertilization, the eggs will grow in the body until they are fully ready. Snails will lay eggs in the soil and bury them in different places in a half-inch hole inside the soil. This will protect the eggs and keep them cool until they are ready to hatch.

How Long is a Snail Pregnant For?

A snail will be pregnant for around two weeks, and during this process, it will lay eggs. After the snails lay their eggs and bury them, the gestation period begins.

Some eggs will hatch in the first 24 hours, while others do not hatch for as long as four weeks.

The larvae begin to develop inside the egg as the cells continue to divide. Once the larvae have developed, they will tap on the shells from the inside to break them. After being hatched, the baby snails will remain close to the nest for the next three months.

Baby snails are born with shells, but they are soft. The shells on their back harden as the snails mature, providing them ample protection.

What Conditions Do Snails Require to Mate?

It may not be easy for you to spot two mating snails. There are some conditions which snails need to begin their mating process.

Usually, snails will reproduce when they turn two. While laying eggs, snails lose quite a lot of weight while they lay eggs. Some snails also die in the process.

Snails will mate and lay eggs during months with ten hours of sunlight. The eggs hatch after two to four weeks, depending on how warm it is.

Snails are interesting animals and how they interact and mate with each other is quite different. Like all animals, snails reproduce when the egg meets the sperm.

However, what is interesting is the snail’s way of courtship. When a snail finds someone to mate with, it will smell and taste it for a long time. Afterwards, the snail shoots a love dart in the other one to prevent sperm from dying. Then the copulation process begins, and the eggs are fertilized.

Snails will lay be pregnant for at least two weeks before laying eggs in the soil two inches deep and burying them. Snails require the right environment to lay eggs, such as the temperature, moisture content and the amount of soil.