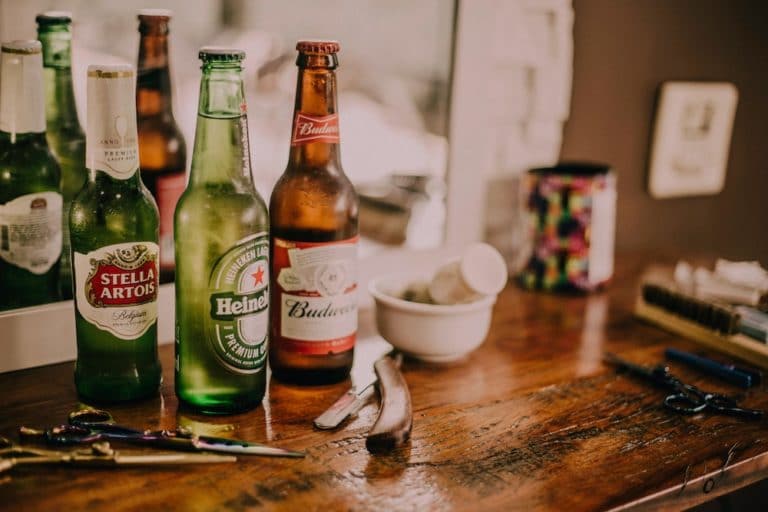 Many people suggest using beer traps when dealing with snails in your garden. Is this because snails like the liquid or is it because beer is poisonous to snails? We’ll explore this and look at if beer traps are effective and how you can use them?

Yes, beer is poisonous to snails and it can kill them. It is claimed that the ethanol in beer is what kills snails.

Yes, beer can in fact kill snails. Beer contains alcohol, specifically ethanol. Ethanol is what actually kills the snails when they come into contact with beer.

Whilst there is a bit of debate as to how ethanol kills snails, most people believe that it actually works to paralyse the molluscs which then causes them to drown in the liquid.

Are Snails Attracted to Beer?

If beer kills snails, then you would assume that they are not attracted to it. This, however, is actually not true. Snails are attracted to beer.

This is because of the yeast that is inside the liquid. It gives off a sweet smell that the snails are drawn to. This means that beer can work to lure snails in and then kill them.

How Do Beer Traps Work?

Beer traps are very simple ways of trapping snails so that you can remove them from your garden. They work by attracting the snails through the smell of yeast and paralysing them with ethanol. Setting up a beer trap is really easy to do. All you need is a shallow dish or another kind of container and some beer.

Make sure it is alcoholic, otherwise the snails may escape. Pour the beer into your container of choice and place it outside before you go to bed. It is a good idea to place it away from your plants so that you don’t risk snails damaging them on their way to the beer.

They will then crawl inside the container to try and get the yeast and be paralysed by the ethanol. Then, in the morning, you can dispose of the snails that are in the liquid.

This method is likely to kill snails as many of them will drown. If you want to try and avoid this, you can place the beer out during the day and check up on it periodically so that you can move the snails before they drown.

The issue with this is that you are less likely to get snails in the trap during the day as they are primarily nocturnal and will feed during the night.

Can Any Alcohol Work as a Snail Trap?

Whilst any alcohols will work to poison snails due to their ethanol content, they cannot all be used as snail traps. As previously mentioned, snails are attracted to beer due to its yeast content.

Therefore, they will not be attracted to every alcoholic substance.

In fact, if you use alcohol which is a stronger percentage the ethanol will come through more and the snails may smell and therefore avoid it. It is for this reason that beer is the best trap to use for snails.

Can Non-Alcoholic Beer Work as a Snail Trap?

You can use non-alcoholic beer as a snail trap; however, it may not keep the snails trapped in the substance for long. As mentioned, slugs are attracted to the yeasty smell in the beer, which is still largely present in non-alcoholic beer.

This means that they will still be lured to a beer trap that is not alcoholic. The issue is that because the ethanol is not present, the snails will not be poisoned and therefore they will not be paralysed and stuck in the trap.

It is still possible that some snails may get stuck regardless and drown in the liquid, but your chances of the trap being successful are lowered if you use non-alcoholic beer.

Do Beer Traps Work for Any Other Pests?

Snails are not the only creatures that can be caught in a beer trap. There are some other pests that are attracted to the presence of beer that you may find caught in your trap. Here is a short list with a couple of examples.

Much like snails, slugs are attracted to the yeast of the beer and can be stunned by the ethanol presence. Slugs and snails feed at the same time, during the night, so if you leave a beer trap out over this time then you are very likely to find both slugs and snails caught inside of your beer trap.

Once again, make sure you don’t use non-alcoholic beer to increase your chances of getting slugs trapped.

Fruit flies are attracted to almost any kind of food and sugary drinks and beer is not an exception. But because the liquid is quite sticky, fruit flies can become very easily trapped in the liquid and subsequently drown.

If you have a fruit fly problem, then it is ok for you to use non-alcoholic beer as it is primarily the sticky liquid that keeps these insects trapped, rather than the actual ethanol content itself.

To summarise, here are a few key points to take away when considering whether beer is poisonous to snails or not:

Beer is poisonous to snails due to its ethanol content. Snails are attracted to the liquid because of its smell as a result of the yeast content. You can use a beer trap to capture snails by filling a small dish with beer and leaving it out overnight.

The ethanol poisons them which results in them drowning in the alcohol. Snails are not the only creatures that are attracted to beer. Beer traps also work well to capture slugs and fruit flies.