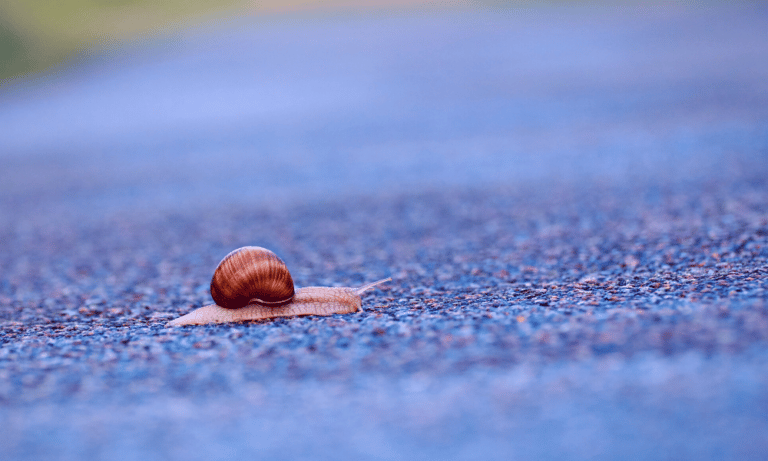 Snails are one animal famous for being one of the slowest in the wild. If there’s one thing we all know about snails, it’s the fact that they are really, really slow. But why are snails so slow? What stops them from moving a little bit faster?

Snails are slow for many reasons, such as the large shell they have to carry, the fact that they have no legs, they have a low metabolic rate, and the mucus trail they have to leave behind.

There are several reasons behind a snail’s very slow speed. Even slugs are a little quicker than snails, mainly because slugs don’t have large shells on their backs.

A snail has a big strong shell attached to its back for protection and hiding from predators, but its drawback is that it makes the snail go very slow. A snail’s shell is approximately 30% of its overall weight, so you can imagine how heavy it must be for the snail.

Imagine carrying around 30% of your weight on your back!

One of the other reasons for their slow speed is their lack of legs. Having no legs, snails have to depend on slimy mucus to move, which helps reduce friction but makes it difficult to move. Instead of legs, they have one muscular foot that they move with using a smooth gliding motion.

How Slow Does a Snail Move?

This does not mean snails are fast.

All snails are incredibly slow and move about 0.03 miles per hour or one metre per hour. This speed may seem very slow to you, but it’s very fast for a snail.

A snail takes a long time to travel and consumes a lot of energy in doing so, so for the snail, the distance it has travelled is plenty and feels speedy to them.

We all know that snails are slow animals. They are considered to be the third slowest animals. They can travel a meter per hour, which is very slow!

Compared to larger animals, snails are considered very slow but compared to animals, their size, they’re not as slow as you might think.

Compared to large animals that are considered slow, snails would be slower. For example, the fastest giant tortoise can reach a speed of 0.62 miles per hour.

Snails can move faster: Archie (who you can learn more about here), the world’s fastest terrestrial snail, moved at a speed of 0.06 miles per hour which is twice the speed of an average snail.

Compared to other animals, this obviously is considered very slow. Still, as snails have no legs and so many disadvantages when it comes to walking, this speed represents a considerably higher level of athleticism than you might first thing.

In comparison, an average person can walk 5.86 miles per hour, so even though a snail may not win races, to its size and disadvantages, it’s pretty quick.

Snails have a big shell that is 30% of their overall weight, and they have to carry these shells on their back wherever they go, and as they lack legs, they have to use their singular foot to move, which moves when the snail produces a trail of mucus.

Because of all these drawbacks, it’s unlikely a snail could move faster even if it wanted to. Snails aren’t lazy. They aren’t holding back on their speed. They really are as slow as they are.

Do Snails Think Slow Too?

Snails think at an average pace, but no matter how slow they are, their speed feels normal to them. They do not think slowly or think they’re moving slowly. The way they move and think is slow compared to humans but not compared to other insects.

Are Snails the Slowest Animals?

Snails certainly are one of the slowest animals moving just 45 metres per hour. That’s the equivalent of just 0.028 miles per hour. Sloths and starfish are slower, in general, however. 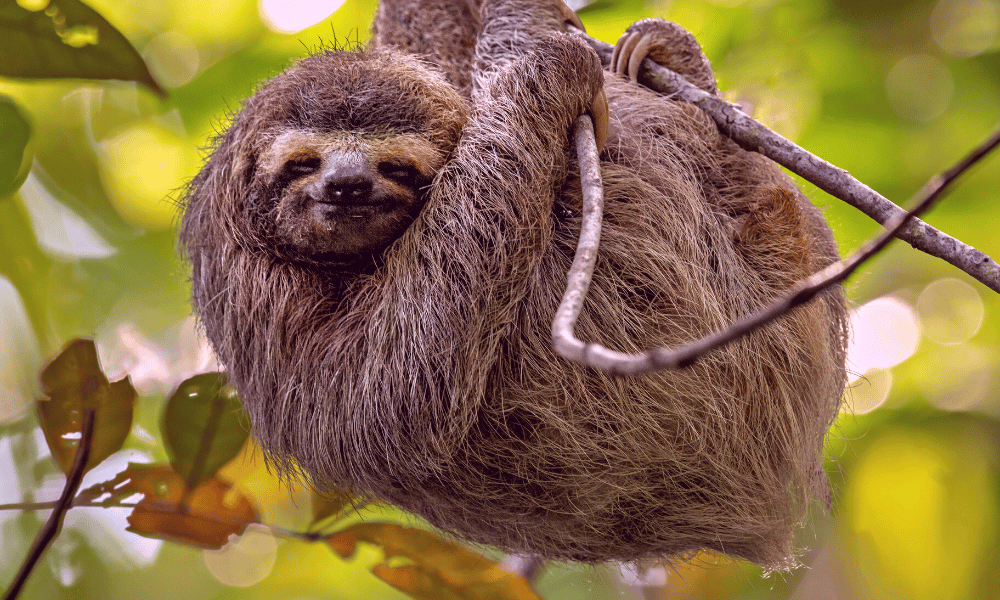 The animal kingdom is diverse, with animals of all varying colours, shapes, sizes… And speeds. Some animals can run as fast as a car, while others take hours to move from one place to another.

Snails are an example of one of the slowest animals, and they move at a speed of one metre per hour. This speed may be very slow for you, but to snails, it’s considered very fast as they think they’re travelling at an average pace.

Unfortunately, snails have a number of things holding them including the fact that they have to carry a huge shell around with them, have to glide along mucus and only have one muscle that enables them to move.